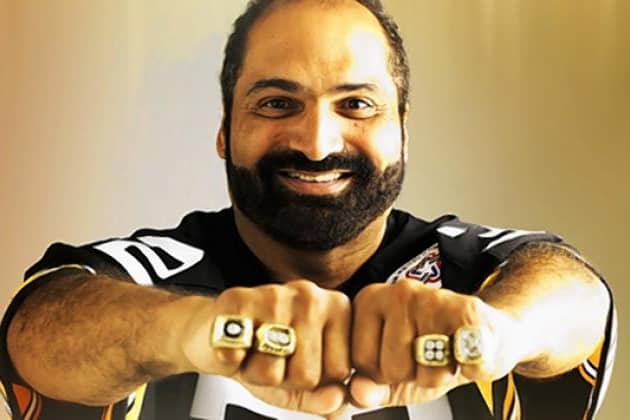 Athletes with Italian roots have traditionally been successful in American sports. From Joe DiMaggio to Dan Marino and so on, numerous players with Italian blood in their veins have become massively popular over the years.

In terms of Pittsburgh’s teams, there are a few names that stand out as being members of this fine tradition.

Pittsburgh Penguins’ current winger Di Pauli was born in Caldaro in northern Italy. As he grew up in a mainly German-speaking community and with an American mother, he is tri-lingual. He says that he used to stay up to the wee small hours of the morning watching hockey games from across the Atlantic as a kid.

Di Pauli moved to the US in 2007, when he was just 12 years old. Part of the reason he made the move was due to this brother having the chance to play hockey here. Thomas decided to try out in the sport as well, and gradually moved up through the different age categories.

He played his college hockey with University of Notre Dame Fighting Irish, battling through a series of health issues before being drafted by the Washington Capitals in 2012. At this point, he was only the second Italian to ever get drafted into the NHL, following on from Luca Sbisa a few years earlier.

In 2016, he joined the Penguins as a free agent and Di Pauli was making good progress in 2018-9 before he got a serious injury that ended his season. As a current Pittsburgh sports star with authentic Italian roots, we will he hoping that he goes on to become a big star in the NHL.

‘Is Franco Harris Italian?’ is a popular question even today. The truth is that he was born in New Jersey to an African-American father and an Italian mother. His NFL career ended with a brief spell at the Seattle Seahawks, but it was during his 11 years at the Pittsburgh Steelers that he really made his name.

He is regarded as one of the greatest running backs of all time and will forever be remembered for the part he played in the Immaculate Reception in 1972. This incredible play saw him scoop up the ball from close to ground level and run home to secure a last-gasp victory for the Steelers against the Oakland Raiders.

Harris played an important part in uniting Pittsburgh’s large Italian community behind their football team. Many fans, known as Franco’s Italian Army, would go to games wearing army helmets featuring his number on them.

His legacy includes a career total of 12,120 rushing yards, which placed him second in the all-time at the time of his retirement. He is now down in 15th place at the time of writing. In addition, he played in four Super Bowl wins and in nine straight Pro Bowls.

Known as Dingo, Restelli played for the Pittsburgh Pirates for a few years after the Second World War. He was born in St. Louis to a family of Italian immigrants and eventually joined the Pirates after a spell in the army and playing for the San Francisco Seals.

Restelli was an outfielder and a right-handed batter. In his first few games he gained instant popularity by hitting seven home runs in just ten games. He jointly held the record for most home runs in a rookie’s first 12 games until 2019, when Cincinnati Reds’ Aristides Aquino smashed eight in his first dozen games.

After his career was over, Restelli moved back to San Francisco to work as a police officer. He passed away in 2006.