Much is said about the commercialization of Christmas and the loss of the Christmas spirit. So what is Christmas and what is behind the Italian tradition that has been exported to the world over?

Christmas is the celebration of the birth of Jesus. It is a Roman Catholic tradition which is emulated by many other cultures throughout the world. The birth of Jesus in Bethlehem was a coming together of the Holy Madonna, Saint Joseph, Baby Jesus and the three wise men who received an invite by The Star of Bethlehem or Christmas Star as it now often now known.

It may have also included the Innkeeper who received the travelers in a barn or cave, as his inn was full. The stories (as there many) and the scene is often supported by animal friends such as a Donkey, an Ox and the Camels of the Magi and may extend to others. The birth of Jesus, the first Christmas is recognized in the Gospels of Luke and Matthew in the New Testament of the Christian Bibles. 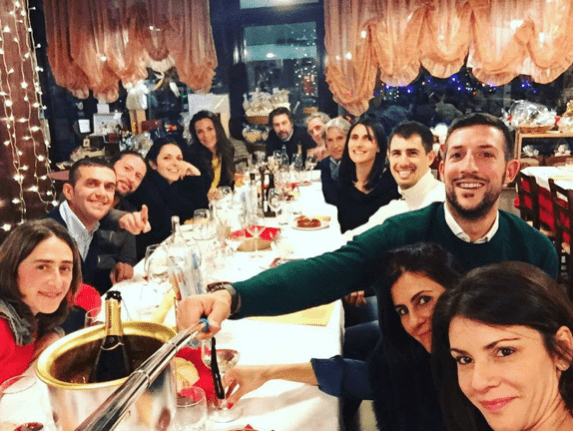 The Nativity scene was recreated by Saint Francis of Assisi in the Italian town of Greccio in 1223. The pantomime was so popular that it was recognized by, the then Pope, Honorius III and spread throughout Christian circles with viral popularity. So popular were they that every Catholic church was expected to host one within 100 years of the first performance.

Similarly, Nativity scenes were also popularized as statuettes and marionettes and were constructed in scenes up to seven feet tall to adorn public buildings, town squares, shopping centres, houses of worship and all manner of locations to mark the Christmas season. The nativity scene became the traditional center-piece of Italian Christmas decorations. Christmas trees are more of a northern European tradition that may have been adopted by Italians in more recent years.Christmas trees in Italy may be erected on December 8th to mark the immaculate conception which is also a day of celebration in Italy which differs from trees being erected on December 1st locally.

Christmas day is a day to attend Mass and Italians go to Church in the masses. Whether practicing religion or not, families come together and attend Mass together on this one special day of the year.

Christmas itself is celebrated with food and often involves seafood in what is known as the feast of the seven fish which has become a long-standing religious custom of the yuletide. These feasts are usually had on Christmas Eve and may contain all manner of localized savory and sweet delicacies of each individual region. Another large meal would be enjoyed on Christmas day and again could have any combination of local fare including lamb, goat or lasagne. In fact, gift-giving is secondary and Italians may bring some sort of food, flowers or Panettone to the table as it more important to be together and break bread together as a family.

Italian native, Tristano from the north of Venice speaks of his experiences with Christmas, having lived in both the north and south of Italy; “We Need some day or hours Where we can Stay together. This is very important.” Tristan, an internal migrant returns to his hometown and to see his siblings and extended family every Christmas to share a family meal.

The most remarkable part of an Italian Christmas is that Santa Claus is not really a part of it. Although somewhat adapted from American tradition, Italy’s gift giver is a witch called La Befana and she is nowhere to be seen on December 25th. Legend has it that La Befana arrives on the 12th day of Christmas on January 5th. There are both pagan and Christian stories that support the story of the old witch who flies around on her broomstick looking for the baby Jesus, as she was too busy to attend the holy birth at the time as she had to clean her house.

Realizing that she should have indeed visited, she decided to set off looking for the baby Jesus child by child. Not knowing where and how to find the child she would bring gifts to all the children of the land. Children would hang stockings up over their beds in anticipation of the old witch who flies around on her broomstick, sneaking into houses in the middle of the night and cleaning the family home. She places sweets in the stockings of the good children and coal in the stockings of the bad children. 84 year Old Ivona from Cosenza in Italy’s south recalls being in her home village as a child, “I believed in La Befana and would leave the window open near my bed to let her in” Like many children, Ivona would wake up with breathless excitement during the night to reach out and feel if there was indeed any weight in her stocking or sock as it was in her day proving that yes indeed the witch had visited during the night.

There aren’t necessarily presents in an Italian Christmas, nor is there a Santa. An Italian Christmas cannot be bought at a WalMart. What there is, is a determination to get the family together no matter how spread out across the country or continent they may be. Like the very first Christmas, it does not matter where Christmas is held and what you may or may not have as long as you have it together. Italians share their homes and their food so that they may have the greatest Christmas gift of all, the gift of the land, beautiful fresh lovingly prepared food, and a family to share it with.

Al Mach is an Italophile, coffee lover and Italian Christmas Hall of Famer!