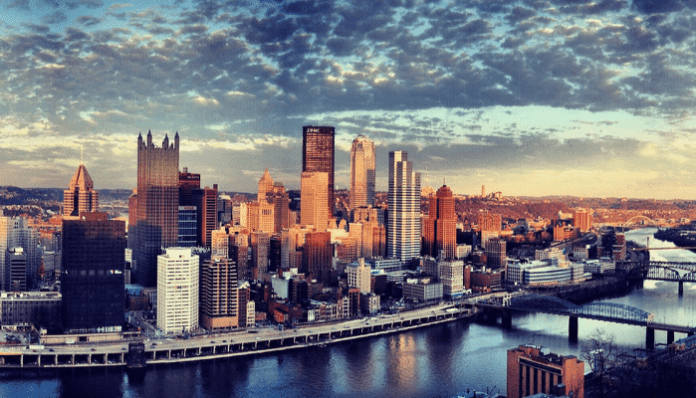 Ask anyone who lives here and they’ll tell you that Pittsburgh is a great place to live. There’s no denying that fact, but Pittsburgh is a tough town, too. There is always something going on, something to do, somewhere to be. Unfortunately, the excitement of the city has always come with its share of crime as well.

As much as we all love living in this city, we’ve consistently had to deal with one of the highest crime rates of any city in the United States. The good news, however, is that things are slowly but surely starting to get better.

According to reports from TribLive.com, compared to the average for the previous five years, violent crime in the city dropped by 19%. Gun violence, especially, fell by 42% between 2016 and 2019.

Police Chief, Scott Schubert, showing his dedication to making the city safer for all residents was quoted as saying, “While these numbers are encouraging, at the end of the day even one homicide is too many. One person being shot is too many. So we’ll keep working. We won’t be happy until the numbers are even lower.”

Backing up those reports, the news crew at local Pittsburgh television station KDKA, recently reported that during the first half of 2020 crime numbers are continuing to fall. According to their numbers, police are already reporting a 19% drop in crime between 2019 and 2020. Compared to the previous five year average, the outlook is even better when data from the first half of 2020 is added in. The decrease in overall crime is nearly 25%.

The Safest Neighborhoods In Pittsburgh

Like any other city, Pittsburgh has its own hotspots where crime rates are higher or lower than other areas. The downtown area, being the commercial center of the city, attracts the most criminal activity. There are always a lot of people moving around and a lot of activity going on. It’s a lure that’s hard to resist.

One of the greatest things about Pittsburgh, however, is that there are so many neighborhoods. Each one is a little different from the others and together they give our great city the diversity that makes it such an amazing place to live.

Have you ever wondered which areas of the city are considered to be the safest? Going by recent data on crime in the city, here are the top ten safest neighborhoods in the city of Pittsburgh:

Pittsburgh Crime Rates Compared To All Of Pennsylvania

Even though the numbers are getting better, we still have a long way to go when we compare the crime rates of Pittsburgh with the rest of Pennsylvania or the country. According to data provided by the analytics site Neighborhood Scout, even with crime statistics showing such dramatic decreases, Pittsburgh still ranks as one of the most dangerous cities in the country. The crime rate within the city is also much higher when we compare it to the state of Pennsylvania as a whole.

Their data suggests that Pittsburgh is still within the top 10% of cities across the country when it comes to the rate of crime. Averages show that there are about 37 crimes committed each year for every 1000 residents in the city.

If we put the city’s crime rate up against the state’s, the chances of becoming the victim of a crime almost double in the city. The chance of being the victim of a violent crime across the state is estimated to be about 1 in 327 people. In the city of Pittsburgh, those odds become 1 in 169 people. Looking at property crimes, the numbers are similar. Chances are 1 in 67 for the state whereas in the city it’s 1 in 32.

Enjoy The City And Stay Safe

With so much happening in Pittsburgh, as in any big city, there is always a possibility that you will simply be in the wrong place at the wrong time. You could become the victim  of a crime or you might even find yourself looking for a criminal defense lawyer because law enforcement got you confused with someone else in the area.

There’s a lot to see and do, and plenty of fun to be had. Just be sure that you keep aware of what’s going on around you as you make your way through everything that Pittsburgh has to offer and you will most certainly enjoy yourself.