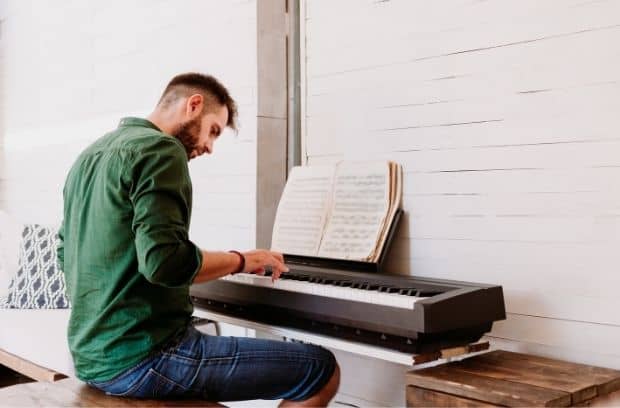 We come from a rich and beautiful history of music, one that has long shaped the American music scene. Sometimes, though, it’s easy to feel distanced from our musical heritage. Even those of us who spent our childhood listening to our grandmother’s records—all while dreaming of playing music just like that—often find ourselves distracted by everyday life until our musical dreams end up buried with mothballs in our closets.

But that old sentiment of “you can’t teach an old dog new tricks” doesn’t have to apply to you. Pull the sheet off the piano and drag out your father’s old accordion. Here’s why it’s never too late to start playing an instrument.

Those who claim that you can be “too old” to learn an instrument often highlight everything going on in the aging brain that makes it hard to learn. But less attention is given to just how much learning an instrument can help your brain. Learning and playing music actually increases the amount of grey matter in your brain. That, in turn, improves long-term memory, mental alertness, and reaction time. This is even true for those who learn to play an instrument later in life.

To say that this has been a tough year would be the understatement of the century. And the string of world calamities has made depression and anxiety skyrocket across the board. While playing an instrument may not necessarily be enough to reverse the tide of a pandemic, playing music can improve one’s mood and help with relaxation. As we’ve seen from the YouTube videos of the instrumental flash mobs playing music from Italian balconies, it has a way of making those around us happier, too.

We hear a lot of stories about young musical prodigies who started playing piano at five, but that isn’t necessarily the norm. You only have to look to the silver screen to see countless examples of people learning instruments later in life. Bradley Cooper didn’t know how to play an instrument before taking on his role in A Star is Born; neither did Ryan Gosling before La La Land. It was just a matter of consistent practice, and you don’t need to be a movie star to do that.

It’s easy to let past disappointments, age, and worries about not being good enough stop you, but it’s never too late to start learning an instrument. After all, Italy was the center of a continent-wide rebirth of art and music after hundreds of years of the dark ages. Why not start your own renaissance right now?