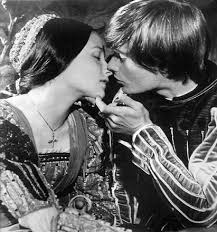 Romeo and Juliet is a ripoff. There, I said it.

Bill Shakespeare ripped it off just like he ripped off pretty much everything he did. He was a rapper of yesteryear, sampling, reshaping and reselling old songs that had been sung time and time again, but to a new audience, a British audience. It is a practice that has always been in play and copyright lawyers rub their collective hands together with the knowledge that it always will. But let’s be honest.

Do we want to hear the world’s greatest love story from the point of view of an Englishman? If you want your romance to be microwave spag bol, by all means, help yourself. However, if you want passion on a plate, if you want to be serenaded and romanced with the finest wines and the embrace of sun-kissed Mediterranean ingredients, then you need authentic Italian food. And as for romance, you may side with the land of Monty Python and Mr. Bean or you may look to the land of Casanova, Rudolph Valentino and Romeo and Giulietta.

In the Shakespearean version, when Juliet leans over the Balcony (as it is often portrayed) and calls out

She is not asking where Romeo is, contrary to the direction of English teachers and Directors the world over. ‘Wherefore’ does not mean ‘Where’ nor did it in Shakespearean England. Wherefore would be understood as closer to why,  changing the lazy interpretation of ‘Where is Romeo?’ to ‘Why’ does this object of my love and adoration have to be he, a Montague, a member of a rival family.

In the same way, one would pose the question that, despite the love for this text, why are we giving so little credit to the impassioned works that inspired this popular play. The answer is blunt. The works are not in the international language of CBS and/or English.

As custodians of the culture, if not the language, we must look in the eyes of our love of love and literature and ask the real Romeo to stand up!

Shakespeare is clearly influenced by the works of Matteo Bandello as Shakespeare copied him on numerous occasions. Romeo and Juliet was based on Bandello’s ‘Giulietta e Romeo’ which gave the lovers the plot and the (translated) names that Shakespeare would use in his version. Bandello’s story, although more detailed, also sets the action in Verona as re-imagined in the Shakespeare play. Bandello’s version was originally translated into English by Arthur Brook in 1587, therefore giving William Shakespeare the basis of his treatment.

In Bandello’s version, Giulietta was the much more experienced 18-year-old who insisted on consummating the marriage there and then in the garden beside the location that they had just exchanged their vows. The Italian Giulietta is not the innocent 14-year-old of the English version. The other glaring difference between the two plays is the affair which occurs entirely within the few days of meeting and marrying in the Shakespeare play as compared with the many weeks of passionate exchange between the lovers of the Bandello interpretation. Bandello published the story in the mid 1500’s, some half a century prior to The Bard penning his prose. It has been argued that the Italian versions had the lovers punished for their unwavering passion and that their Italian passion was bridalled by english morality in Brook’s English translations and later, Shakespeare’s version. “One can almost imagine Italian passion fighting with English morality in the dueling pens of Brooke and Bandello,” wrote one observer.

‘Giuletta and Romeo’ however, had not been the invention of Matteo Bandello. A version of the story was published in 1530 by scrittore Luigi Da Porto entitled  Historia novellamente ritrovata di due nobili amanti (“Newly found story of two noble lovers”).

DaPorto may be credited with naming the star-crossed lovers as we know them today. Romeus and Giulietta, as they were called, who were also given the addition of the backdrop of the feuding families as adapted in the English version.

DaPorto however is tainted in a mystery as his story evolved from his own experience of falling in love with a woman at a masked ball. There is also the suggestion that his version of events came from another story entirely. Romeo and Juliet however had appeared in literature one before.

Masuccio Saleritano published the first known story of Romeo and Juliet as the 33rd section of his work Il Novelino’. In his story, Romeo and Juliet were named Marriotto and Gianozza. The plot of the story is the same as Shakespeare’s in principal with the exception of the death scene in the final sequences. Marriotto is executed for murdering a member of the noble class and Gianozza, his secret love, dies of desolation and sadness. Saleritano claimed that this very tale actually occurred in the city of Siena in Tuscany, Italy, not long before he set it down in words. Whether or not this is true remains a mystery.

The story is a myth with a myriad of interpretations and permeations which have been passed on for hundreds if not thousands of years. Many believe the story to be a myth or derived from actual events. I like to believe in the existence of Romeo and Juliet because it is so true of the national psyche and the story has been played out, if not in part, throughout the ages by significant historical figures, political leaders, celebrities and often within our families. My own parents met when my father wooed my mother from her balcony, using subterfuge to elude her resistant parents and get messages to her. Never having even met, they forged a love affair for the ages, often recounted throughout their respective villages by the towns-people. Some even take the story of the star crossed lovers as far as Greek classicism, however there is one certainty in the origin of this story and that the story and the characters of this tale are nothing if not Italian.

Alberto Amore is a lover of love, a lover of Italian and an Italian lover.