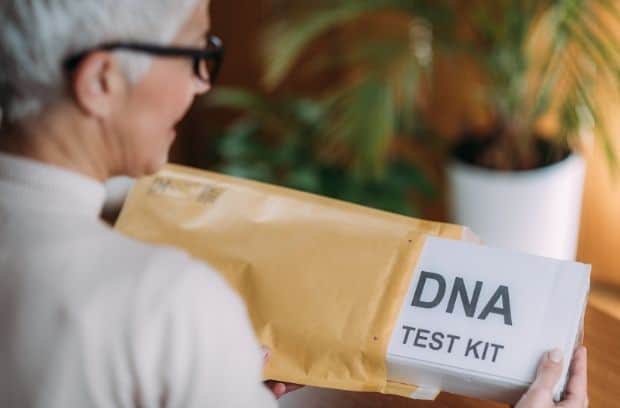 Identical twins have gotten different results from genetic testing companies. One sibling receives results that they’re 35 percent French descent, while another gets a result that says 15 percent French and 20 percent Italian. What DNA tests reveal about your ancestry can vary from company to company.

When a testing company receives your sample (usually saliva in a tube), they run it through sophisticated lab equipment to separate the DNA. Your sample includes a lot of material that isn’t DNA, like proteins and pieces of cells.

Then, the company looks at just parts of your DNA. Humans share about 99.9 percent of the same DNA. The testing company looks at the sections that are known to vary from person to person. The process is incredibly precise, but errors are known to occur. These multiply depending on the number of locations in the genes that they analyze. That’s why siblings can get different results.

Another reason for variations between siblings is that one may have inherited a gene from their father or mother that the other sibling didn’t. Instead, the other sibling got a different piece of the family’s genetic heritage.

To provide results that tell you where your ancestors probably came from, DNA testing companies compare your DNA to databases containing information about contemporary people who reside in particular regions of the world. The problem with this process is that databases differ from company to company, and humans have been migrating between countries and continents for generations.

Furthermore, the databases don’t have enough information about people from Africa. They skew strongly toward the European continent and often don’t separate out regions in North America that host a great diversity of people from all over the globe. Indigenous peoples have little representation.

What you learn from a DNA test that identifies your family’s origins depends heavily on the databases a company compares your sample against. Many people get results that surprise them. These sometimes negate decades of assumptions about who they are and cause distress.

However, DNA tests don’t erase culture, language, and heritage. The family traditions you grew up with define your culture, not your genes.

As genetic testing becomes more sophisticated, moving into even more refined versions of next-generation DNA sequencing, we can learn more about genetic heritage. But the lab tests you might receive to identify your odds of developing certain diseases are more refined than the comparative analysis that companies selling heritage use. If you plan to take a DNA test to determine your ancestry, read the fine print, find out the methods they use, and understand their limitations.