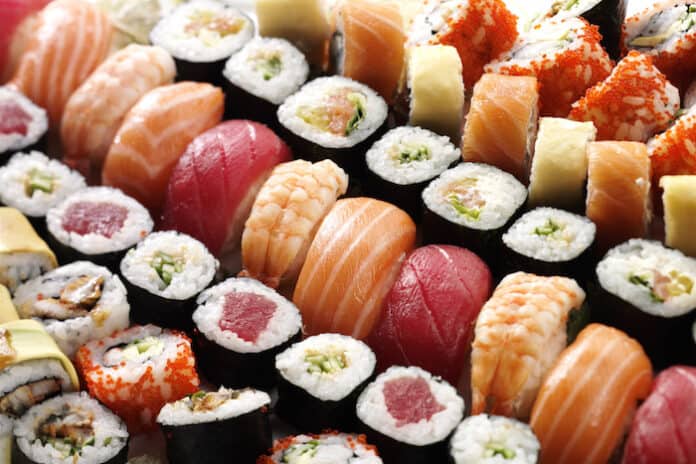 There are over 4,000 sushi restaurants in the United States. Those restaurants earn $2 billion in revenue. That’s a lot of money for a cuisine that was unknown to Americans 50 years ago!

Have you not tried sushi? It’s hard for some to feel adventurous enough to eat raw fish. An unfamiliar menu is also intimidating.

It’s hard to figure out what you should order.

We’re here to help. Read on to learn all about the most popular types of sushi restaurants serve.

This dish originated in Southeast Asia. The earliest forms of sushi, known as Narezushi, date back to the 10th century. This primitive form was fish fermented with rice and vinegar.

This original sushi form evolved into the dish both the Japanese and Americans love. It’s not a very common menu item today.

As is the story with most American food, sushi found its way to America through immigration. The post-World War II years saw an influx of Japanese immigrants to the west coast.

Sushi became a very popular food among young, urban professionals by the 1980s. Now it’s so widespread you can buy it in gas stations and grocery stores.

How is Sushi Served?

The most common fish are yellowtail tuna and salmon. These are raw. You’ll also find shellfish like shrimp, crab, and lobster. All American restaurants serve cooked shellfish.

You’re aware of the basic components. That won’t make ordering from your local sushi restaurant much easier.

There are different types of sushi you need to know. This way you’ll know exactly what you’re ordering for your first time. Don’t miss out on the best sushi.

This is sushi type evolved from the ancient narezushi. Nigiri is a mound of hand-formed vinegared rice served with a thin filet of raw fish on top.

The most common nigiri comes with raw salmon or tuna. This is sushi meant for those who want to experience the subtle flavors of the seafood.

Not all nigiri comes with raw fish. Some restaurants serve vegetarian varieties topped with fresh vegetables of tofu.

This is similar to nigiri. While nigiri is handmade, oshizushi is pressed into a mold called an oshibako.

This mold creates perfect-shaped rectangles or squares. Like nigiri, the construction is seafood atop vinegared rice. Unlike nigiri, the oshizushi layers can feature other ingredients.

If you’re familiar with sushi form, you know what maki is. Maki is a seaweed roll filled with rice, vegetables, and seafood.

The most common Maki rolls come filled with tuna, salmon, or crab. Don’t fret if you’re a newbie. Many restaurants serve Maki filled with vegetables or tempura shrimp if raw fish is too much.

A more esoteric Maki roll is Gunkan Maki. Gunkan translates to “war boat.” It is a tall seaweed tube filled with rice, seafood, and topped with fish eggs.

Uramaki is a roll like Maki. The difference is the rice is on the outside of the seaweed roll.

This is a western sushi invention. It is also one of the most common varieties on restaurant menus. Here are some common Uramaki rolls you’ll find.

Those are six of the many Uramaki you’ll see on a restaurant menu. It’s a less traditional form, so you’ll find many delicious sushi experiments.

Temaki is a roll like Maki or Uramaki. There’s one big difference. It isn’t sliced.

The ingredients are rolled in the Nori (seaweed wrap) and served whole. You’ll often see these called “hand-rolls” on sushi restaurant menus.

What’s inside a Temaki roll? Vinegared rice, vegetables, and seafood. Think of them as a larger version of Maki rolls.

This is on many sushi restaurant menus even though it isn’t really sushi.

What is it? It’s thin-sliced raw fish served on a bed of daikon radish. The most common fish served Sashimi-style are salmon, yellowfin tuna, halibut, squid, and octopus.

Sushi is served with soy sauce, wasabi, and pickled ginger. Sushi etiquette determines how you use them in an upscale restaurant. Feel free to do what you please at home.

Sushi is fun. Dinner at a sushi restaurant is a communal experience full of wonderful, new flavors.

Once you eat sushi for the first time you’ll wonder what took you so long. Experiment with these common types of sushi and find one you love.

Share the love with your friends and family at a local sushi restaurant tonight.

Check out the rest of our page for more fun food news.