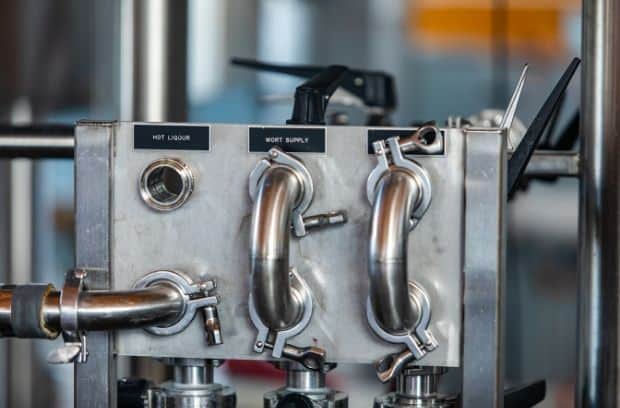 Beer is a beloved beverage that comes in a bevy of flavors and aromas. You might assume that it’s produced just like any other soft drink; however, that’s far from the case. Beer brewing is a detailed, thorough process that takes precise skills to accomplish correctly. By understanding the beer brewing process, you can better appreciate this delectable beverage when indulging in your next pint.

From Malt to Grist

The first step requires drying different forms of malt in a kiln, which often undergoes roasting afterward. Then, a grist mill breaks open the grain kernels in order to obtain a substance called—you guessed it—grist.

Breweries then mix the grist with hot water in a special device—a mash tun. The mashing process causes the natural enzymes in the malt to break down the starches, which causes them to become sugar. The resulting sugary, watery substance has a memorable name—wort.

Next, breweries place the wort into a lauter tun. The lauter tun is a large straining device that separates the wort from the spent grains. The device then filters out the remaining wort and prepares it for the boiling process.

The wort then goes into a large kettle, where it stays for about one to two hours. During the boiling process, breweries add hops to the mix. The hops are what give the beer its flavor and aroma. These qualities vary depending on what point during the boil you add them.

The worth then makes its way to a whirlpool device, which removes any solid materials from the liquid. This includes materials like remaining malt or hops so that the resulting liquid can go into a fermentation tank.

Fermentation tanks are stainless-steel contraptions you often see on display in breweries. Using stainless steel is important because it has several key benefits, including an inability to contaminate the flavor of materials. During fermentation, yeast mixes with the wort in the tank, which leads to the creation of distinct beer properties like alcohol, carbon dioxide, and the flavor.

After the fermenting period, the condition period begins and you’re very, very close to the final product. Conditioning includes storing beer for several weeks, allowing it to mature, smooth, and go through a filtering procedure. Breweries can use a handful of tricks to enhance the beer further, depending on their ideal final flavor and aroma.

After this long, technical process, beer is put into packages which are put into your hands to drink and enjoy (responsibly, of course). It’s a long process, but it’s always worth it when the delicious, unique beer arrives. Hopefully, understanding the beer brewing process will make you enjoy and appreciate that next drink even more.