Thy Cup Runneth Over

A brief introduction into the greatest sporting event on planet earth. Hint It’s not the Super Bowl. 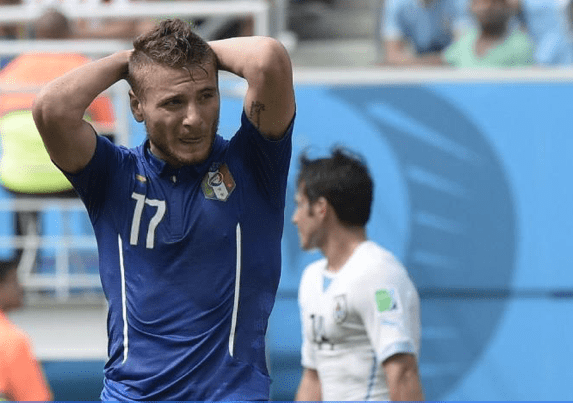 Forget the World Series, The Olympics, The Daytona 500, The Stanley Cup, America’s Cup and the Indy 500, in fact, forget everything that you thought you knew about sports. When 100 million of us sit up to watch (hopefully the Steelers) play the Super Bowl, 1 billion are up all hours on all continents (depending on time zones) to watch (hopefully Italy and the United States) play the biggest sporting event in the world, ‘The World Cup’. That’s 1 in 8 people on planet earth are watching this tournament.

They are watching it in every continent, in every time zone, in every conceivable way. People have parties, fill out town squares and squeeze into venues in the hope of their country winning the biggest prize in sport. That’s right, the biggest sporting event in the world is ‘The World Cup of Football’ or Soccer as it has come to be known.

210 teams started qualifying on the 12th March way back in 2015. The teams played a combined total of 872 matches and scored 2.454 goals in the hope of qualifying for the biggest tournament on planet earth. From that process, the top teams from various divisions go through to the finals tournament held in a different host city each year.

32 teams from around the globe are contesting this year’s World Cup finals which are currently being played in Russia. This year’s World Cup is historical not for who is in it but who isn’t. The biggest news thus far was that the old country, Italy, one of only 8 teams to have ever held up the prized trophy and the second winningest team of all time, would not contest the cup despite out-qualifying so many that had. But that’s another story for another time.

So what’s the 4-1-1 on the World Cup? Well, the United States had the honor of playing the very first World Cup of football and finished a very impressive third behind runners-up Uruguay and winners Argentina. After having defeated England in 1950, the United States wasn’t seen at the World Cup finals again until 1990. The U.S. featured prominently in every world cup finals series thereafter until failing to qualify for this year’s tournament after a shock loss to Trinidad and Tobago, relegating the Red White and Blue to the sidelines with our compatriots Italy.

The old country is called the ‘Azzurri’ for the Azure or blue jersey’s which they adorn, representing the national color. Italy has a much prouder history in football than almost any country in the world, having not only won the World Cup tournament on four occasions but have consistently either dominated world football or at least been one of the big four along with Brazil, Germany, and Argentina on the international stage.

Italy also has a proud club tradition and may be the best club championship in the world along with Germany and Spain. Teams like Juventus, Milan, Inter and Roma are treated like rock groups the world over. They tour the world, have football (soccer) training academy’s all over the world and fans wearing their merchandise on every continent.

Supporters have to be much more patient or perhaps passionate in the soccer club world. The way that Soccer works in Italy is that each season not only is there a winner of the major league called Serie A, but the top four teams (or so) are promoted to the continental championship called the UEFA Champions League and the next 2 teams or so are promoted to another European championship called the Europa League. Not everyone is celebrating, however, as at the other end the bottom 4 teams are relegated which means that they drop to another lower division, Serie B.

Meanwhile, in Serie B the top four teams, including the winner, are promoted to Serie A while the bottom 4 go to yet another lower division, and so on.

I’d urge each of you to find out what town and city that your parentage comes from in the old country and support those teams. It doesn’t take long to have a quick search for their latest results or standings in whatever league that they may be in. Highlights of the weekly games are only a click away also. If you can’t find your home village, drop me a line and I’ll see if I can pick your local team or at least nearest city. If not, you can always go for Juventus who are based in Turin (Torino) and are black, white with a bit of yellow and probably the closest to Steelers/Pirates/Penguins colors. If it helps they are also the current Italian Cup Champions, Italian League Champions and have won the title 34 times. The club is also the reigning women’s champions.

There are however thousands of Italian football teams to select from or to watch and support and even if you do support the United States on their journey to the next world cup keep an eye on the Azzurri as ‘thy cup runneth over’.

Calling On The Cinquecento Once Again