Screening of “Capodarco e i giovani: Before the Future”—A documentary by Luca Guardabascio. 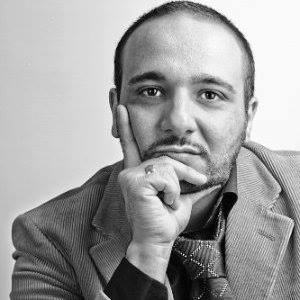 Screening of “Capodarco e i giovani: Before the Future” a documentary by Luca Guardabascio.

The event is free and open to the public, however, due to limited space, reservations are required. Contact MONDO ITALIANO at mondoitaliano@earthlink.net/Tel: 412 478 2681

Father Franco Monterubbianesi is the Founder of the Capodarco Community, a non-profit organization working since 1966 to promote and defend the dignity of marginalized people, especially those wtih mental and physical disability. The organization promotes their social and employment integration.

Since 1966 when he was a young priest, Father Franco was inspired by a strong belief that he made his only one mission: we should not accept injustice. In a globalized world based on economic power and competitiveness, marginalized people are victims of social and cultural exclusion. Father Franco, now 83 years old, has spent all his life promoting the affirmation of human, social and cultural rights of people with disabilities.

Today the young generations are the new marginalized people. Capodarco has deeply marked the Italian Welfare State promoting important National Legislation such as on school integration of disabled students or in more recent years on social agriculture. The Italian Law knows as Legge Basaglia that abolished Mental Hospitals was also inspired by the Capodarco example.

“Capodarco: prima del futuro” (Capodarco: Before the Future) is a documentary about the Capodarco Project. Directed by Luca Guardabascio, the film involves Capodarco residents and their realities which represent the main aspect of Capodarco’s ideas not only of the past and of the present, but also of the future.The documentary will be shown at MONDO ITALIANO: 7604 Charleston Avenue, Pittsburgh PA 15218 (Near Regent Square)
http://www.meetup.com/Pittsburgh-Italian-Speak…/…/226347607/