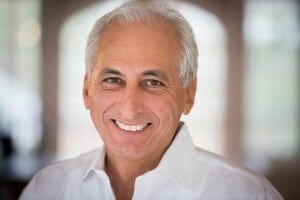 Pittsburgh Author Honors His Father Through Anthology of Short Stories

In many ways, local author Raymond F. Vennare still sees himself as just a kid from Beechview who, through circumstance, inquisitiveness and determination, has lived a very gifted life. His parents and grandparents were a big part of that because they instilled in him a work ethic, and family ethos, that was grounded in one very simple principle—be authentic, but remember where you came from.

“For me, that was a license to be fluid in my thinking, if not the living of my life, but respectful of our history – our traditions, our culture and our family,” says Raymond who wrote My Father’s Shoes. “Until I wrote this book, in fact, I had no idea how thoroughly these lessons permeated almost everything that I have done.”

In many ways the choices that Raymond have made in his life – from education to exploration – were rooted in his father’s passion for teaching, and by extension, his love of learning. The first book that his father ever gave Raymond was La Divina Comedia, by Dante Alighieri. It was written in Italian, with English translations, and included annotations and footnotes about contemporaneous events: politics, religion, philosophy, civilization and the human condition. This was his introduction, not only to the history of Italy and Italian culture, but to humanism, individualism and the Renaissance mind.

“I came to appreciate the fact that, what really defines the character of a person, is not necessarily what they do in life but how they live their lives,” says Raymond. “I learned that, life is not so much about one’s job or career, but the creative expression of one’s intellectual interests, what ever they may be. The holistic pursuit, in other words, of living an authentic life.”

For him, the realization that knowledge and enlightenment are their own reward translated, quite literally, into the choices that he has made in his life. Raymond went on to earn graduate degrees in art history, business and ethics. He paints and plays music with as much passion and enthusiasm as building biotechnology companies and lecturing at universities.

“Interestingly enough, after my father passed away, my mother told me that one of their first arguments was about me – not me, personally, but about my name,” he says. “My father wanted to name me Dante, but my mother thought it was too ethnic. I thought that was hilarious.”

Raymond’s book, My Father’s Shoes, has evolved over time. The manuscript was initially written as a Christmas gift to his father and the original title, now the subtitle was, “Life Stories and Other Memories”.

“I wanted to share certain memories with my father that were meaningful to me. I wanted him to know, from my perspective, just how important he was in my life,” says Raymond. “He never fully understood the profound impact that he had on the lives of other people – especially his family. And because of that humility – or perhaps in honor of it – I wanted him to know, in no uncertain terms, that he truly made a difference in this world.”

Raymond adds, “As others read the manuscript they seemed to recognize something of themselves in these stories. A memory. A passage. An incident. A feeling. And, as they did I became comfortable with sharing, more openly, these vignettes of family life.”

In the end this book is really more about Raymond than his father. But, even more than that, it is about appreciating every circumstance in life how ever mundane or unremarkable it may seem at the time. These seemingly discrete and unrelated moments actually define who you are, what you become and what matters most in life. At least they did for him.

Raymond was gracious enough to spend some time responding to some questions we had for him about his book, his Italian heritage as well as some of his favorite traditions.

CP: How did you get the idea for My Father’s Shoes?

Raymond: The idea for the book came directly from a photograph of my father as a young boy. The shoes that he wore in that photograph struck me as a prescient metaphor for his life – a humble life, a humble man, a glimpse into the past. The first story that I wrote was, My Father’s Shoes. That story became the first chapter in the book and, ultimately, the title of the book.

Although the opening paragraph in the first chapter of My Father’s Shoes actually describes the moment at which the purpose of the book took shape, the truth is that I have been documenting the history of my family for many years. This habit of preserving memories and telling stories goes back, I think, to something that my father always used to say; senza memoria vita non esiste – ‘without memory life does not exist’.

These are my memories and this is my inheritance. As much a compilation of oral tradition as living history, these stories, and the people in them, are real; they are either rooted in personal experience or have been handed-down, like a family heirloom, from one generation, sibling or friend to the next.

CP: Where do you currently live? (What part of Pittsburgh?)

Raymond: My primary residence is in Edgewood but I grew up in the South Hills (Beechview).

CP: How long have you lived in Pittsburgh and what do you enjoy most about the city?

Raymond: Pittsburgh has always been my home base but, admittedly, it’s been a revolving door for me. I have lived in other cites, states and countries for extended periods of time, but I always come back – mostly because of family but, more importantly, because I feel comfortable here. Pittsburgher’s and Italians are very similar… they treat people the way they want to be treated.

In many ways, each time I return, is like visiting a different city. Pittsburgh continues to evolve, revive and reinvent itself. The people, the geography and the topography are perpetually inviting; the arts, science and culture are wonderfully diverse and vibrant for a city this size.

But in the end, what I love about this city is that, in the face of change, it remains unchanged. I love the chaos of the Strip, the pulse of the Southside, the feel of East Liberty, the transformation of Lawrenceville, the reemergence of the Northside, the intractability of Polish Hill and tenacity of the Hill District. The fact that all of these places still exist speaks volume about the character of the people who live here.

Raymond: I am one hundred percent Italian; my father’s family came from the town of Nicastro in Calabria and my mother’s family is from the village of Corleto Perticara, near Potenza, in Basilicata. My father was Alfred Michael Vennare, and my mother was Isabel Rose Dabecco.

My wife, Cally Jamis, and I took my parents back to those towns many years ago; it was a pilgrimage, to reconnect with families and friends. We prayed in the church where my paternal grandparents were married, slept in the room where my maternal grandmother was born and knelt at the graves of several generations of Vennare men and Dabecco women.

My paternal grandparents, Pasquale Vennare and Stella Bellina Cerra were married in Nicastro – Pasquale was a tailor and Stella raised ten children. They first lived on Chatham Street in the Hill District but eventually moved to Banksville then, finally, to Beechview.

My maternal grandparents were Giovanni Il’Battista Dabecco, a stone mason, and Roseantonia Lavieri Bruno. Although they were raised within walking distance of each other’s homes in Italy, they didn’t actually meet until they came to the United States many years apart – my grandfather at age eleven, and my grandmother at age twenty. The Bruno’s settled in Panther Hollow in Oakland while the Dabecco’s lived on Southern Avenue on Mount Washington.

Giovanni and Roseantonia were introduced by family friends here in the States and, after they were married, built a house on Lelia Street off Boggs Avenue on Mt. Washington, adjacent to St. Justin’s church. My parents were married in that church in 1949.

Raymond: The most important and meaningful Italian traditions revolve around food, feasts and family – all of which are mutually inclusive. Holidays especially, personify these traditions; they are a microcosm of our culture, they are symbolic of our heritage. La Befana and Epiphany. Pasqua and la Pasquetta. Ognissanti. Capodanno. The Creche and the Presepio. The Seven Fishes. Ravioli. Homemade wine and sopressata. They are inseparable, definitive and embody our traditions.

Raymond: For me, to be Italian means to be a sentry or – since I happen to be one hundred percent Italian – a centurion. That term refers to one who commanded a centuria or “century” of other men. I command nothing more than one hundred years of family history, but that is everything to me. To preserve the past. To protect the future. To be a harbinger and guardian. To pass along what matters most, our history and heritage.

Not only a sentry, I should say, but an alchemist as well. Historically, our culture has taken the most basic elements imaginable and created the unimaginable. A rock becomes an arch, which becomes a colonnade. A colonnade creates a vault and a vault supports a dome. The dome is our cathedral, our identity, our destiny. And somewhere in that process, someone in my family, lived through that experience and passed it down to me.

To be Italian is to identify with, and be respectful of, that legacy.

Raymond:  I am most proud, not of my accomplishments, but of the sacrifice that my parents and grandparents made which enabled me to live my life unencumbered by the kind of sacrifice that they were forced to make. It was their dedication to family, tradition and faith that showed me how to live my life. It was their determination and hard work that allowed me to make the choices I have made, and to live the life that I am living.

CP: Who do you think was the most influential person in your life?

Raymond: My father; for all of the reasons described in the book.

For more information on the book see:

A New Twist on Mafia Movies, “Drummer for the Mob” is All Set to Begin Filming Around Pittsburgh Locations

Full of Beans—Pasta E Fagioli, a Peasant Dish Rich in Nutrients and Flavor