The Keystone State’s brand new iGaming industry has only been fully active since November 2019, but it’s already proving to be a big hit with residents across Pittsburgh and Pennsylvania.

iGaming, which incorporates online real money activities like playing casino games, taking part in poker tournaments, and placing wagers on sporting events is quickly becoming one of the fastest-growing sectors in the US, providing additional economic benefits as well as introducing customers to a brand new online pastime. If the figures published by Pennsylvania casinos and their online partners in recent months are anything to go by, the sector is only going to increase in revenue and popularity throughout the rest of 2020.

The evolution of real money gaming in Pittsburgh

iGaming may be relatively new in the US, although some unregulated offshore gaming options have been available since the mid 2010s, but across the globe, it’s one of the most dominant online gaming industries and is expected to pull in revenues of $103 billion by 2025. Now that gaming laws have been reversed in the country, it’s clear that the American market will play a big role in achieving that predicted figure.

The evolution of real money gaming in Pittsburgh is actually closely tied to the evolution of the industry in the country as a whole. In October 2017, Governor Tom Wolf signed House Bill 271 during the PA legislative session, effectively approving online casinos, poker, and sports betting. Less than a year later in May 2018, the Supreme Court reversed the controversial PASPA Act 1992 that had declared online real money activities illegal, deeming it unconstitutional.

Now, the choice of whether to legalise iGaming activities within their boundaries is entirely up to each individual state. However, unlike other established territories like the UK and India, platforms cannot launch independently in the US, they need to partner with established land-based casinos, to whom online gaming licenses are given.

Pennsylvania was among one of the first states to be granted the gaming licenses; sports betting began to emerge in late 2018, followed by online casinos in summer 2019 and finally, online poker during winter 2019.

iGaming activities in the state

In total, 12 land-based casinos across Pennsylvania were granted gaming licences, including the Valley Forge casino, Mount Airy Casino Resort, and Rivers Philadelphia. As a result, there’s a full spectrum of iGaming activities to residents of Pittsburgh, which will still be offered this spring despite the temporary closure of brick and mortar establishments in the country.

Online table games and online slots – With all 12 land based casinos offering online casino games like roulette, video poker, and online slots, unsurprisingly it still remains the most popular vertical. When compared to the more mature iGaming markets of New Jersey, the vertical may not be rising at a stratospheric pace, but it’s still developing well.

For March 2020, online casino pulled in total revenues of $24.26 million – a 25% increase on Febrary’s performance. Online slots is proving to be the most popular, generating $12.35 millions of that total future, with Rivers Philadelphia and its online partner leading the way.

Poker – Online poker has only been available across Pennsylvania since November 2019, via the PokerStars platform (which will be a familiar name with anyone who’s played online poker back home in Italy), but the vertical is already performing well, setting a new record by generating revenues of $3.13 million in March 2020 alone – an overall 71% month on month increase compared to February 2020.

Presently, the PokerStars platform, which is operated by the Mount Airy Casino is the only way to play legitimate online poker games in Pittsburgh, but more land based casinos in the region are planning to launch poker platforms later in 2020, so this vertical is set to grow and grow.

Sports betting – sports betting in the state is still very much an active vertical, despite the uncertainty of this summer’s major sporting events.

The cancellation of major events during March did have an impact on the amount bets that were being placed by Pennsylvania residents. The total online betting handle for March 2020 was $118.3 million, a big drop from the $131.3 million wagered in February. However, almost all of the revenue generated by the activity was done so online, totalling around $4 million. 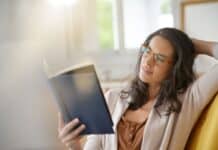 Ways To Get More Out of Reading

7 Best Online Casino Games to Play During the Lockdown

5 Things You Should Know About Gambling in Italy

Candies That Will Remind You of Your Childhood

2 Tips for Growing Your Own Food

New Year’s Resolutions To Make as a Family

Ways To Get More Out of Reading

7 Best Online Casino Games to Play During the Lockdown