Mother’s Day and The Meaning of ‘Love’ 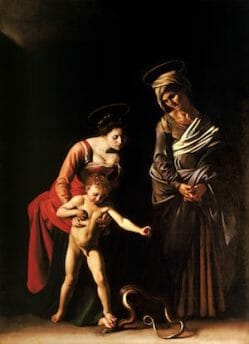 Mother’s Day is looming and I am a middle aged guy who grew up in an Italian household in a very Anglo-Saxon society. I played football and Rugby and basketball and yes, I am also a self-confessed momma’s boy. Only my mom isn’t the same as all of the other moms of the guys in the football team or the basketball team. In fact my mom is almost the complete opposite. My mom is an Italian immigrant.

My mom would walk me to school (she didn’t drive) and then back again, sometimes walking several miles in 6 inch heels to buy about 12 bags of shopping and then carry them home again. She protested if I tried carrying any as they were “troppo pesante’ per te’” or ‘too heavy for me’ in the new currency. She had immaculate presentation. She would spend hours doing her hair into a long outdated raven haired beehive (which was never ‘in’ to begin with in my neighborhood). She would do her nails and wear the finest in European style dresses many of which she may have fashioned herself as she was a trained seamstress.

There are marked differences when you have an ‘Italian’ mom. My mother treated me like a king. She did everything for me and had sympathy for everything I didn’t do for her. She has always been patient and unbelievably kind. She would make my outfits for my school plays. I would choose the fabric and all the appointments and she would adorn me in ways that no MGM studio could replicate. My mother would make me world class saleable hats for the hat parade, and magnificent bespoke suits for the school dance that was worthy of any red carpet. She would source for me the most beautiful Italian leather shoes and belts and most extravagant fragrances. She would create hand-made linen for my bed and sew the highest quality curtain fabrics to drape across my windows.

When I compared her to the moms on TV, my mother would have been the superhero of moms. She had the empathy of Carol Brady and the housework ethic of Alice the Housekeeper. But one English phrase always resonated in my ears. TV moms always said ‘I love you’ to their kids. The TV kids always said ‘I love you to their moms. My mom and dad never said ‘I love you’ to me or my brother. On TV’s ‘Happy Days’ Marion Cunningham had no problem telling Richie or Joanie how much she loved them, on ‘Who’s The Boss’, Tony and Angela had no problem telling Samantha or Jonathan how much they loved them, but still no word from my mom.

Of course my mother rarely spoke anything but Italian, especially when at home and always when talking to me. I learned from a young age that’ I love you’ translated to ‘Ti Amo’ in Itlaian and although the girls in the playground or at work where never too shy to remind me, I had never heard it from my own mother. My mother showed me in so many ways that she did love me. She cooked for me, she cleaned for me, she would cover over my (sometimes) gross errors of judgement and always do what was best for me. But for all that she never told me she loved me. At school I would hear the other mom’s tell their children that they loved them often followed by a kiss on the forehead. Meanwhile I would be left to wonder when, or if, I was ever going to be that told that I was loved.

One re-occurring phrase that my mother did say in her native Italian was ‘Ti Volgio Bene’ in the middle of her speeches. She would say in a strained voice ‘Ti Voglio Bene when she was worried about me or agonizing over my well-being or my future. ‘Ti Voglio Bene’ translates to ‘I Want Well’ or ‘I Want You Well.’   The phrase means that ‘I want you to be well and I wish to be happy’. Indirectly it means that ‘I feel affection for you’. I always felt that the phrase ‘Ti Voglio Bene’ wasn’t good enough. Of course you wish me well, I am your son. You wish a friend changing schools well, you wish an acquaintance that you will never see again well. You wish a colleague leaving work well, you do not wish your son or daughter well. Aren’t you supposed to love your son or your daughter? Can’t you just love me the way that Carol Brady loves her children or the way that Shirley Partridge loved her children on ‘The Partridge Family’.

This loveless relationship came to a head when I went to camp. Camp was great. I had all kinds of adventures with some of my very best friends. We canoed and abseiled and played games well into the night. One evening, all the entire camp was pulled into the activities area and told that each and every child had received some mail. Every child sat expectantly as one of the camp leaders passed them each an envelope. The most exciting thing in the world to a teenager was mail and for many it may have been the first time that an envelope was addressed to them. I know that I used to wait out the mailman and ran downstairs to retrieve it and sorted it before proudly presenting it to my parents. It wouldn’t be years until I realized that’ mail’ was an adult code word for ‘you owe us money’. So imagine the smiles, bright eyes and tears of happiness when each child had received a letter from their parents whom they would surely be missing telling them how much they love them. And so it was my turn. This is it. This would be the moment, I would finally find out what it would be like to be told that I was loved.

It was one of my own school teachers, a Mr. Brown, whose clothes often matched his name who delivered the envelope to me. I was the last to receive it and it couldn’t be from someone more unlike my parents. Mr Brown was like an oversized school student. He had an elementary school haircut and seemed to walk around like he was kicking a can. He had me for a few classes but didn’t know me all that well. He quietly murmured to me that my envelope “must have got lost in the mail”. With that he walked away and left me wondering what it was that that he placed in my young naïve lap.

I will never forget this baby blue envelope with a strip of hastily placed adhesive tape on the back. I turned it over and inspected and it. Looked around and then opened it. It was a beautifully hand written three page letter all about how polite and funny I was and how much I participated in school activities and school sports. It was a basically a three page report card on my personality from a man who didn’t have to deal with me all that much. He did, however make the effort to sit down and write this letter in longhand in his own time, so that a child would not miss out. It meant a lot to me and I was very touched. Then it dawned on me. Yet again my mother did not tell me that she loves me. My heart sank and suddenly the baby blue envelope meant more than anything or anyone in the world because that envelope was all I had to tell me that I was any good.

I tried to deal with it in my own way and was used to the other children being told that they were loved by their mothers just like the kids on TV. A day or so later I returned home with my luggage slung over my shoulder and was about to decamp into my room before being stopped in the hallway. I was told very sternly by my angered mother that they had received a call from the camp asking them to write a letter telling me that she loved me but she felt that she didn’t need some teacher or camp counselor to tell her whether or not she loved her son. I would have been less shocked if she had pulled a gun from her pocket and shot it in the air. I did not want to deal with this and felt confronted by my mother’s frustration. I said ‘I was alright’ with my shakiest voice and retired to my room.

30 years later I had a short lesson in Italian and a huge lesson in life. We all know that there are different kinds of love. I learnt however that no-one knows this as well as an Italian. In Italian the words ‘Ti Amo’ directly translate to ‘I love you’. But these are not words of no ordinary love. These are not words to be used by Carol Brady or Shirley Partridge. No, ‘Ti Amo’ is a phrase exclusively used for intimate lovers. It is a love of passion, of fiery red Italian romance. They are the words of Romeo and Juliet, Giacomo Casanova and Rudolph Valentino. These are not words to be uttered to a friend or a family member and certainly not from a mother to a son. No the Italian phrase for ‘I love you’ from a mother to son is ‘Ti Voglio Bene’ which translates to ‘I wish you well, I intimate to you that I want you to be happy and that I have great affection for you’. The type of love between mother and son, ‘Ti Voglio Bene’, is the very same phrase that I had heard dozens of times and that I had dismissed as trivial and may have hear but had never really listened to. My mother had been telling me that she loved me all along and her son had not heard it. I thought of the hat parades and the outfits for the school plays and the bespoke suits for the proms and the hand dawned bed linen and the 6 inch heels walking for miles to buy mountains of groceries and ‘the letter’ that got lost in the mail. My mother felt that she didn’t have to tell me that she loved me because she had been showing me and telling me every day. She sacrificed and slaved away and never copped out on anything. My mother did not do anything BUT love me, and that, in any language, is the true meaning of ‘Love’.

Alberto Macchione is a Writer, Culturist, Italofile and Loving Son.