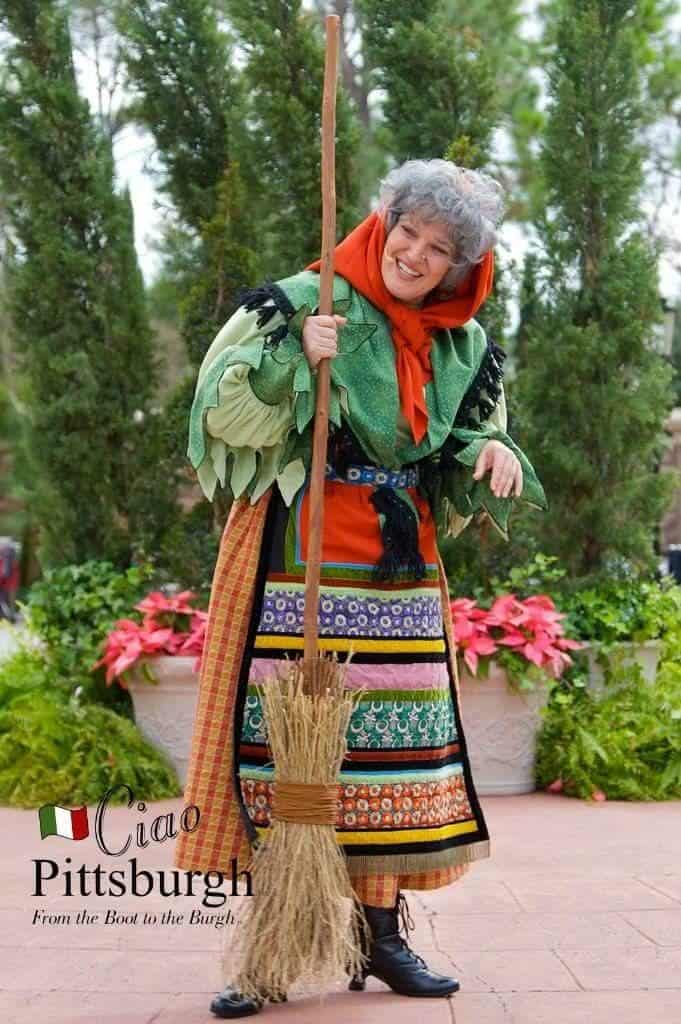 Christmas was over and the inevitable post yule tide remorse sets in. The feast is over, the family disperses, the presents are packed away and the decorations seem to take a different meaning, like a tombstone marking that the spirit of Christmas had passed through these walls in days past.

I come from a family of Italian immigrants and no country has contributed more to the traditions of the secular and Christian Christmas than Italy.  In my parent’s day, in the small villages of southern Italy, Christmas wasn’t such a big deal and there wasn’t much said of the Santa Claus we all know and love. My mother told me that they didn’t really give out much in the way of presents on Christmas day. Instead, they were still waiting for the real Santa Claus, only the real Santa Claus wasn’t a big fat man in a bright red suit but rather a woman, a tattered scrawny old woman, a witch in fact. Then it struck me, there are ’12 days of Christmas’. My mother was right. Christmas isn’t truly over until January 6th known as ‘The Epiphany’ in some Christian faiths.

There are many stories and legends that follow this Old Witch, and like many Christmas traditions, they are derived from a mix of Christian beliefs, pagan myths and rituals. My mother explained. A long time ago in the times of King Herrod, a woman fell hopelessly in love with a wonderful man, the love was powerful, passionate, all-consuming love. But like many Italian love stories and sadly many Italian realities as evident in my own family, the love, was not to be and the woman lost her husband.

She spent her days cleaning and sweeping and baking and tending her garden. She spent her life childless and alone. Many believe her to be an angry and vengeful, some believed her to be an evil witch who, now bitter and alone, hated children.

Every Italian knows a version of this very famous poem as sung to me every year in its original Italian. Below it is translated in English.

“The Befana comes at night

In worn out shoes

Exhausted and being unable to find the Wise Men or The Boy, she started a journey where she would check every house and being the good housekeeper she is, she would sweep the floor and clean the house. Knowing of her impending arrival, children would leave their socks on the end of their beds and the woman would leave the good children gifts and put coal in the socks and stockings of the bad children before leaving to attend to the next child.

My mother would tell me how she could not sleep with the excitement of knowing that La Befana was coming. Today in Italy people still honor the traditions of La Befana as do many Italians around the world. People often give the gift of candy and sweets on the day to honor the 12th day of The Epithany, the night of La Befana.

Now the question is, ‘Will there be any coal in my stocking on the 6th of January?’ In any case, I am at least guaranteed a clean house!

Alberto Macchione is a blogger, Italophile and pop culture writer.