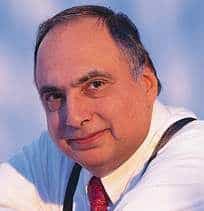 Helping Other Entrepreneurs Build and Grow Their Businesses

Over the next several months, Ciao Pittsburgh will be profiling successful Italian-American entrepreneurs and business owners throughout the country.  We want to learn a little about their business, how they became successful, what tips they can share with our readers, and also learn a little about their Italian heritage. This month, we are featuring Donald Mazzella, an entrepreneur who helps other entrepreneurs build their businesses.

A lifetime spent as a journalist and in the publishing world makes Donald’s current work as Editorial Director of a group of newsletters and magazine(s) exciting. At Information Strategies, Inc., they have a collection of newsletters serving the small business, HR and healthcare sectors.

Their magazine, Small Business Digest, is aimed at companies with less than 50 employees; it and the newsletters have a combined readership of more than 3.2 million subscribers from the small business sector, HR, and healthcare industry. Donald also has an online radio program on small businesses, Small Business Digest Radio, and recently launched an online video channel. He has taught journalism and communications at NYU, Herbert Lehman College, and other colleges and universities.

As a nationally known speaker, Donald has appeared on television (MSNBC, Bloomberg), multiple radio programs, quoted in publications such as The Wall Street Journal, and spoken at leading small business industry conferences. He is particularly known for identifying and adapting technology to fill business needs. As a reporter, he has covered national and international events—including President John F. Kennedy’s assassination. He is one of the few surviving members of the NBC team that worked the four days and subsequent Warren Commission investigations.

In addition, he serves on the board of the Compassionate Care Foundation of NJ, which is one of three approved and functioning groups providing medical marijuana to ill patients under the strictest state regulation in the nation. He is married to JoAnn M. Laing named one of the top women alumnae leaders at the Harvard Business School and one of the 50 top business women in NJ.  From Minnesota (and not Italian American), she spent four years in Italy at Olivetti and speaks better Italian than Donald does. Donald says his mother had a high school equivalency diploma and his father a third grade education but they encouraged him to educate himself. As a result, he has a BA and MA from NYU as well as a MBA from that institution.

Donald was gracious enough to devote some time responding to our Q/A below. You’ll learn more about his career, his heritage, his favorite Italian traditions, and his advice to other entrepreneurs.

CP: What do you find to be the most rewarding aspect of your career?

Donald: As I was helped in my career, I have found mentoring young people to successful careers has been most rewarding. That along with the opportunity to see and report some of the great events of our times. John O’Hara wrote: “reporters get to see people at the heights and depths of their lives. The ability to be part of events, large and small, has been a great reward for me. In addition, I have worked for some great organizations such as McGraw Hill, Thomson, and Essence magazine. The latter was a great experience working in an entirely different culture.

CP: Where are you from and where do you currently live?

Donald: I was born and raised in the Ironbound section of Newark, NJ. I’ve lived in the same Palisades Park, New Jersey, house near the George Washington Bridge since 1968. I have traveled the world but always came back to New Jersey.

Donald: I am proud of and a product of my Italian-American heritage. My mother’s parents emigrated from Naples and my father came here from the Island of Ponza. My Italian-American heritage informs me but I have also moved into the American mainstream without entirely shedding my heritage. The idea of honoring the family and country were instilled in me at an early age and still drive many of my everyday decision making. Respecting older people, building for future generations, honoring America, understanding the best parts of our culture are all strong elements in my moral compass.

Donald: Perhaps my strongest feelings are for the idea that one generation does for the next. This and the centering of life around the family are so critical to me and other Italian-Americans. No one can grow up Italian without the experience of family dinners, get-togethers and enjoying unconditional love. My parents gave me unconditional love and this I hope I do in turn to those I love. The tradition I hold most treasured is that of the seven fishes dinners on Christmas Eve.

Donald: Italian means the accomplishments of our people: double entry accounting; the banking system; Rome; as well as art, literature and a language that speaks of love in many guises.

Donald: While I have been involved in many great events, it is the balanced reporting I did in bringing the news to my readers in as unbiased manner as possible. I was taught by a great generation of journalists who said “we are not the story, it is the people and events that are the focus.” Passing this on to new generations of young people I hope will be my greatest accomplishment.

Donald: My father was a great fisherman and unfortunately I never really got to enjoy it until after he passed. Now that and writing books are my two hobbies along with the joy I get from the companionship of my wife.

CP: What are some key learnings you’ve experienced in your business? What would you do differently in your strategy moving forward?

Donald: Perhaps the key learnings I see reinforced in my interviews with other successful small business leaders are:

Donald: Have a plan before acting and review….no war plan survives the first shock of battle so one must be flexible without being wishy-washy. Have enough capital to see the venture through and know that immediate profits don’t always accrue. Choose the right people to join you and give them the opportunity to do their jobs. Choose people who are smarter than you and listen to them.

CP: What else would you like our readers to know about you?

Donald: In 2014 the first book of my trilogy, An American Family Sampler about two American families, one white, one black through two centuries will appear. It has strong Italian-American characters in it as it is all about the immigrant experiences of many groups.

Also, I am writing a book about growing up Italian-American. Its title should bring back some memories: “Frankie, if You Hurt Yourself, I’ll Kill You.” What Italian-American mother hasn’t said something similar at some point?