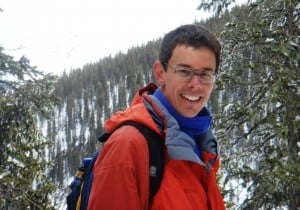 Originally from Milan, Italy, Claudio Ruben’s life has been a constant journey of adventures and discoveries. From climbing mountain peaks in Europe to meditating with thousands of Buddhist monks in the Tibetan monasteries of South India, his natural curiosity has led him to connect and interact with a variety of cultures across the globe.

After completing law school in England and a brief career in commodities trading in Switzerland, in 1998 he moved to Santa Fe, New Mexico, where he finally found his calling in the film business. A far cry from the strictures of English law and international trade, Claudio never could have guessed that the exciting and unpredictable world of filmmaking would become his home, offering him the perfect opportunity to blend his legal and business background with his natural artistic inclinations and his ever present desire for adventure.

And so the saga continues. Whether it’s casting on the Mescalero Apache reservation in Southern New Mexico for a French music video, or delving into Jewish and Muslim culture for a documentary on Islam and Judaism, Claudio’s life as a writer and a producer has gifted him with the most magical opportunities to visit and learn from people and cultures across the world.

Claudio was gracious enough to take some time to respond to our questions below.

CP: Why did you get into filmmaking? What do you find to be the most rewarding aspect of your career?
Claudio: Ever since I was a young child I had a natural inclination for writing stories. Somehow they just appeared in my head, and then I would write and write and write. At the age of twelve, I was very clear that my dream was to become an author. Eventually, this desire to tell stories would find its expression not only on the page, but also through film. I love the multi-faceted way of how stories are told through this visual medium and the collaborative quality of the discipline. It’s also a very powerful way to communicate ideas across the globe.

On a personal level film-making offers me the perfect opportunity to express myself completely. I can bring my love of law and finance to the business side of a project and blend this with my passion for writing and creating, and my ever present desire for adventure. I don’t have to segment myself and only show a part of myself, and leave the other side in the shadow. All sides feed each other in a complimentary way.

CP: Where are you from and where do you currently live?
Claudio: I was born in Bollate, a small suburb just outside of Milan. I lived in Milan until I was 13, and then we moved to the United States. I currently live in Santa Fe, New Mexico.

CP: Can you tell us about your Italian heritage?
Claudio: We have been able to trace my father’s heritage back to the Tuscan town of Lucca in the 1800’s. Unfortunately we don’t know more than that. He grew up in an Italian Jewish family that had moved to Alexandria, Egypt at the end of the 19th century. After Nasser came to power in Egypt, his family sent him back to Italy to escape the internal conflict in the country, and then they later followed.  On my mother’s side, we are Americans of Irish/German/English descent— a classic American blend. I’ve found that this unique combination has made me more appreciative and accepting of people of different faiths and cultural backgrounds.

CP: What are some of your favorite Italian traditions and why?
Claudio: Italians’ passion for good food is probably my favorite Italian tradition. You can have five Italians at a table and they will each tell you a different way of making the same pasta dish. They will have heated debates about which olive oil to use, or which pasta brand to buy. It’s an issue of “life and death”. With the precision of a highly trained scientist, they will argue over ingredients and cooking temperatures. Every detail is critical when making a good meal. This passion flows in my blood and is one that sadly I find lacking in the United States. I think it’s a tragedy that for the most part American culture doesn’t value food properly, not only because it can be such a source of enjoyment in life, but also because it’s the basis for creating a healthy and functioning society.

CP: What does being Italian mean to you?
Claudio: I feel that the blessing of being born in Italy offered me an appreciation for culture, history, and artistic craftsmanship that I might not have developed had I been born in the United States. History and culture are alive in Italy, from the architecture that surrounds one, to the names of the streets that memorialize the work of great writers, artists, and politicians. In elementary school I was already learning about Giuseppe Verdi and Manzoni. We toured La Scala and learned about opera. And growing up surrounded by artisans was incredible. The detail and care that go into Italian craftsmanship are unique in the world.

Being Italian also means living in a way that puts quality of life ahead of material goals. The two are not mutually exclusive, but it’s important to be happy and live a balanced life.  In my youth businesses in Italy were closed on Sunday for “a day of rest.”Businesses also closed in the middle of the day. I still think this is the mark of civilized living, and although today Italian business are proud to be open full time, I feel that something has been lost in our move to a 24/7 commercial culture – both there and here. Sometimes it’s better not to get what we want all the time.

CP: What accomplishments in life are you most proud of?
Claudio: In 2005 I launched the Sun Valley Spiritual Film Festival with a close friend of mine in Sun Valley, Idaho. The festival presented films that explored spiritual traditions from around the world along with films that cherished the human spirit. It was a very successful festival, and although it no longer runs, it gave me great joy to know that we somehow contributed to people’s well being and education by presenting these films, offering some little antidote to the challenges of life and some food for thought about our way of living in the West.

CP: What are some of your favorite hobbies?
Claudio: Skiing, hiking, reading.

CP: What advice would you like to share with other aspiring filmmakers?
Claudio: I began my film career working on feature films. Then I moved into commercials, and then moved back and forth between documentaries and feature film projects. When I finally decided to set out on my own and start my own production company, Red Lotus Films International, I never realized how hard it would be.

The film business is unusual and often lacks the regularity and predictability of the normal working world. Unless you really, really, really want to be in it, I strongly recommend that young film-makers choose another track. From the perspective of a producer, it’s like running a marathon. You have to be willing to endure years of effort to achieve your goals. An idea which crystallizes in your mind in a matter of minutes might take ten years to produce from start to finish. It’s hard. There are no short cuts.

And it takes determination. It’s wonderful when something you create finally goes out into the world, but you have to be willing to fight all the way to the end for it. And contrary to the Hollywood glitz and glamour that is presented on TV, it can be a hard business to make a living in. If you have a family, or other major financial responsibilities, the inconsistency of the work is often hard to manage. Young film-makers should have no illusions.

Nonetheless, if entering the film world is a true expression of a person’s heart, then it’s fantastic and I strongly encourage that they go for it. I love walking on to a studio parking lot, seeing all the trucks full of gear lined up outside the sound stages, and all the people milling about, and costumes, and props, etc. It’s like being in a giant circus. Every day is an adventure and even though one may have a few more gray hairs when it’s all said and done, you know you had a good time creating “group art”with 150 other people. What’s better than that?

CP: What else would you like our readers to know about you?
Claudio: I am currently producing a new documentary called Canaries in a Coalmine about European and Mexican immigrants who traveled to work in the coalmines of Dawson, New Mexico, in the early 1900’s. Directed by award winning Italian director Fulvio Ottaviano (winner of Italy’s prestigious Donatello Award (like an Academy Award)), the film captures the hopes and dreams of a generation of immigrants who sought to make a new life for themselves in the Southwest and whose hard work and determination resulted in the creation of one of the most productive and successful mining towns in the history of the United States. Unfortunately, the town was also the sight of two terrible mining disasters –one in 1913 and then in 1923 –in which hundreds of immigrant Italian miners died.

The project has already been endorsed by the Italian Consulate General in Los Angeles as well as the New Mexico Department of Cultural Affairs. KNME (New Mexico’s PBS station) has expressed interest in being the presenting station for the film. Readers can learn more about it and see the teaser at www.dawsondocumentary.org .

Produced as a non-profit endeavor, we are currently seeking donor and institutional support for the film. Anyone interested can contact my company, Red Lotus Films International, via email at produce@redlotus.us.

New Year’s Resolutions To Make as a Family

What DNA Tests Reveal About Your Ancestry