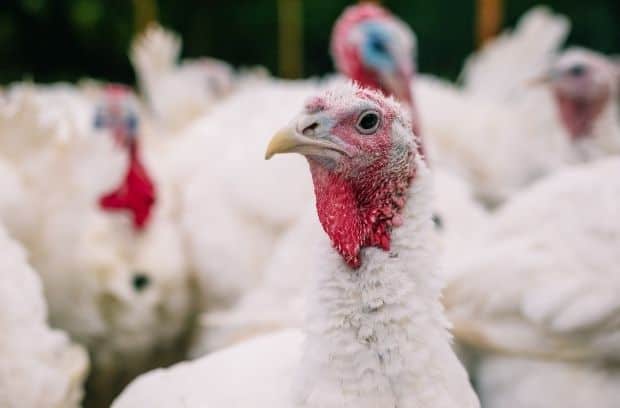 As Thanksgiving approaches and families scramble to find birds fit for their feasts, many people are surprised to discover that wild and farm turkeys are not created equally. The two might share a species, but they have long since diverged to become two completely different creatures. Here are the differences between wild and farm turkeys.

Most other domesticated animals, including dogs, cats, and chickens, originated in Europe or Asia, but turkeys are originally from North and Central America. Brought back to Spain by early explorers, turkeys quickly became a mainstay among Europe’s elite, and later settlers were surprised to discover the wild form of the bird when they landed in what would become America.

Survival of the Fittest

Domestic turkeys have been bred to the point of being nearly unable to survive outside of captivity and without hope of flight. Wild turkeys are the opposite: they’re quick creatures capable of running faster than a galloping horse; plus, they can fly. Because of their stealth and quickness, wild turkeys are considered one of the most difficult wild game to successfully hunt. Wild turkeys are also considered to be among the smartest of huntable wildlife, but farm-bred turkeys are the opposite, having almost no survival skills. They’re thought to be among the least intelligent of animals.

The biggest difference between the two is the taste. Farm-raised turkeys have been bred through generations to be plump, tender, and juicy, especially in the breast meat. The meat from a wild turkey is very different, being leaner and much tougher. The legs and thighs of a domestic turkey are favorites for some people, but those same parts on a wild turkey are nearly inedible due to how tough they are. All of these differences between wild and farm turkeys add up to wild turkeys being left on the sidelines, while farm turkeys end up on plates for Thanksgiving dinner.