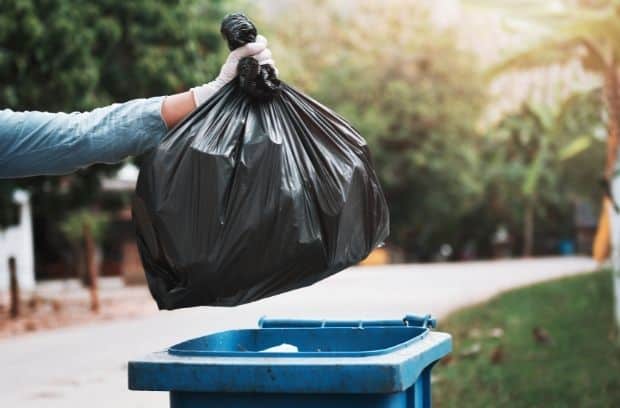 Feeling as though you can have a real effect on the community you care about can be difficult sometimes. Not everyone can perform large gestures such as setting up fundraisers and making cash donations, but you don’t need to do those things to make a difference. Sometimes just protecting the environment in your community can have a profound effect. To help you protect your community’s environment, here are some common items you should not throw in the garbage because of the detrimental effects they can have.

With technology expanding and upgrading all the time, many people are inundated with electronic waste nowadays. Old phones, laptops, televisions—throwing all these things in the garbage just doesn’t feel right. That’s because many of the components inside them can damage the environment when they end up in a landfill. Finding a nearby e-waste recycling center will prevent these items from harming the ecosystem.

Fluorescent light bulbs are very common items you should not throw in the garbage. They contain trace amounts of mercury, a toxic element to humans and plants alike, that releases when the bulbs break. Taking light bulbs to a proper recycling facility will make sure the mercury doesn’t end up in the ground or water near your community.

Given that food scraps are organic materials, you might wonder why you shouldn’t throw them away. Scraps of food can go in the garbage, but humans throw away so much food that the scraps can have a negative effect on the environment as they release methane while breaking down. The best way to deal with food scraps such as onion skins or nut shells is to compost them for future use in gardening and other prospects.

Many people choose to toss old clothes in with the rest of the trash. You should rethink this course of action because throwing out clothes can hurt the environment, too. Especially when you have so many different options for donating or recycling old clothing and textiles, it doesn’t make a lot of sense to simply throw them in the garbage.

If you regularly work on your car, you probably have old automotive parts you need to dispose of. The garbage is the wrong place for these parts, as many of them have metals that we don’t want to break down into the soil. Even if the parts aren’t usable anymore, you can still sell them for scrap. You might be surprised by how much you can earn from old car parts with rare metals in them.