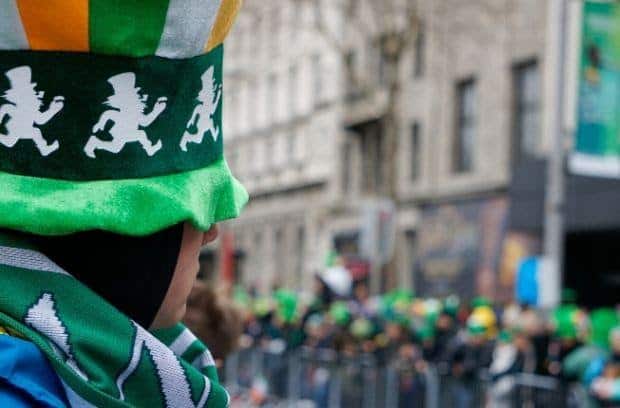 St. Patrick’s Day is drawing near, so it’s time to start making plans. Everyone is Irish on St. Patrick’s Day, as the saying goes, so jump in with both feet and have some fun. No matter where you end up celebrating one the greatest holidays in the world, some tips are universal, transcending culture and local traditions—such as wearing goofy hats and beads and painting shamrocks on your face.

Nothing is quite like celebrating St. Patricks’ Day in Dublin, so this year, you should book a flight and celebrate St. Paddy’s the right way: among the Irish. The capital of the Emerald Isle has a unique celebration that lasts for days. Traditionally, the Irish spent this holiday at home with family, and all the pubs and shops were closed. However, Ireland has taken a cue from the Americans and transformed the holiday into a huge celebration of Irish culture. This is definitely a bucket list trip everyone should experience.

The first rule of St. Patrick’s Day is: don’t get there on St. Patrick’s Day. The celebration in Dublin lasts for several days, and police block off the city center. Even if you have a place to stay downtown, you won’t be able to get there. Arrive in plenty of time to park the car, check in to the hotel, and hit the streets and join the party.

The weather in Ireland is unpredictable, to say the least. It’s hard to know what’s coming on a daily basis, so be prepared. Keep sunglasses, a scarf, and an umbrella with you, because chances are you’ll need all three of them in an afternoon. In addition to those accessories, of course, you better be wearing green from head to toe. Hats, beads, shamrock glasses, and all things green are encouraged. This isn’t a somber day of quiet reflection, so go big.

Eat Something While You’re There

There will be plenty of libations available during the visit, but the Irish culinary scene is making some noise. Irish chefs are reinventing the culinary traditions that have filtered down over the centuries. Some of the best-kept secrets include colcannon and champ (two varieties of mashed potatoes); coddle (a type of stew); seafood chowder with brown bread and lashings, or Irish butter; and traditional potato pancakes. Many of these dishes are rich, hearty “peasant” food that’s getting new life in the burgeoning Irish food scene.