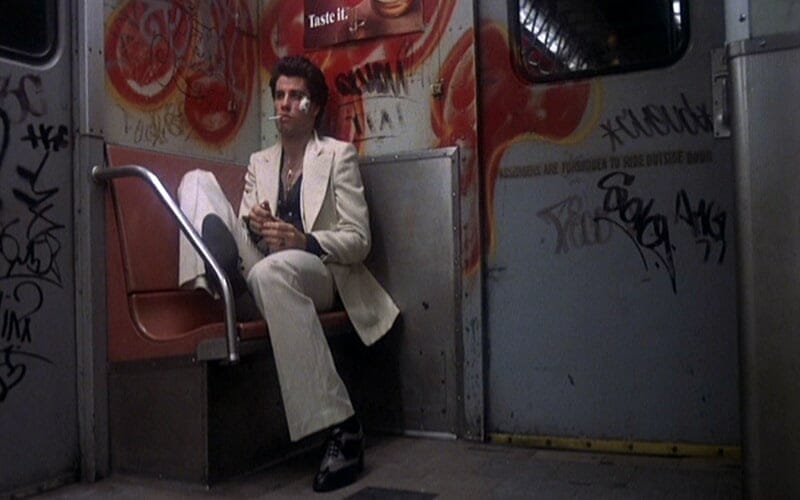 It could be argued that there were three truly significant Italian American movies that cemented Italian culture into the zeitgeist. The Godfather, Rocky and Saturday Night Fever, the latter of which is celebrating its 40th Anniversary this year.

Each of those movies was sold as ‘The American Dream’ all with anti-hero leads, all with flawed characters, failing the expectations of their families, their peers and the country that their families emigrated to. Underneath the Red White and Blue sheets were a different dream. The dream of a Red White and Green flag from southern Europe that had been defeated by war and had left regions with endemic poverty and few opportunities for growth. These people left close-knit communities and loving homes to make a life for themselves. They left to build America.

They went to survive, they went to make it. They didn’t always win like Vito Corleone. For most of them, winning was just Rocky Balboa making it to the final round. Surviving every well-trained punch that the stars and stripes adorning Apollo Creed could give. The subtext is America beating down this ‘other’ with all it might, The Italian Stallion, who with almost no education, no finance and poor preparation had the guts and determination to stand toe to with the world champ and take him to task. For most of them winning was just trying, such as disheveled and beaten Toney Monero crossing the bridge from Brooklyn to Manhattan in the final scenes of Saturday Night Fever, traveling from youth to adulthood, from the very ethnic coffee drinking Brooklyn to the white tea drinking Manhattan (Italy to America). 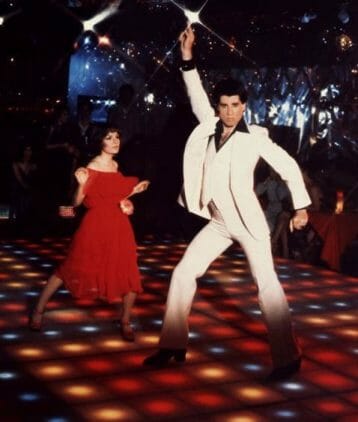 Tony’s fights were just as literal and figurative as Rocky Balboa. Tony Monero had to overcome poverty, parental expectations (Rocky had parental figures such as Mickey, his coach) and a cocktail fueled life of explosive risk to himself and those around him. Like Rocky he had a mug’s job, on a mug’s pay and outside of his natural talent, had no respect (with the exception being his group of damaged friends) from the city that beat him down. Like Rocky, we did not see Tony Monero win. We saw him stand to toe to toe with a brutal, racist, oppressive environment that he survived. We saw him stand toe to toe with America (Tony

had a Rocky poster on his bedroom wall) and live to fight another day. At the end of both pictures we don’t know if they will ever win, or have any chance of winning. We just know that what they achieved was a moral victory. The victory was surviving.

The film is often maligned as a ‘musical’ that is entrenched in a horrible disco error when all vinyl records and polyester shirts should have been sacrificed to the rock gods. In fact nothing could be further from the truth. Originating with an X Rating and later an R, the film has no live singing and no chorus line. The fabric of the film is tinged with Racism, Suicide, Rape, and Gang Violence.

The ethnographic complexity of New York at the time saw Italians and other ethnicities as second class citizens to the ‘white folk’ of Anglo origin. Italians had survived routine lynching, assault and overt discrimination in America only to claw up to the economic national average in this decade. The importance of this film for the Italian community is equally significant 40 years after the release date. Italians are left to pass on their traditions and their culture to their families and to the wider community.

Italian people can only wake up every morning and go to school or go to work and get their hands dirty to overcome racism, to overcome economic hardship and to move forward, cleaning tables, cooking meals, concreting pavements and building suspension bridges, never forgetting the the tagline of this film which is, ‘Where do you go when the record is over…’