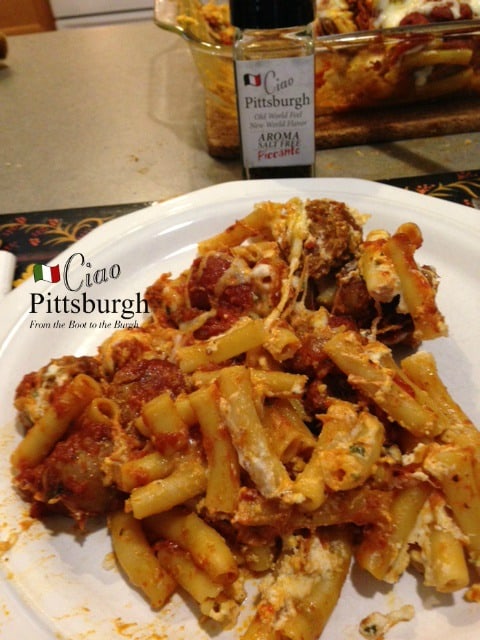 I’m amazed at how often I get e-mail from a disgruntled home cook, lamenting the fact that, once again, a dish of pasta has turned into a culinary disaster. I hear stories of overcooked, undercooked, tasteless pasta that may also be stuck together, or otherwise inedible. In fact, I recently had the experience where I was shopping with a friend and I suggested that she buy some pasta. Her response was that it was too unpredictable to cook.

It needn’t be that way. First of all, 90% of cooking is being there. That is, letting the telephone ring through to voice-mail; perhaps leaving guests in the living room sipping their Chardonnay and simply keeping your focus on the task at hand. And by being there-that is, tending the pasta-you’ll be able to do the only test available to judge its doneness: to taste.

Those two tips alone will improve your pasta-cooking skills, but I offer here, ten little steps that, taken together, will guarantee a perfect dish of pasta every time. Follow these steps, and you’ll prepare pasta that will consistently impress your family, your friends, and your harshest critic; you.

1. All pasta is not created equal. Choose a brand with a solid reputation in the marketplace. De Cecco and Barilla are two fine brands readily available in supermarkets.

2. Use a pot that’s large enough to accommodate the pasta without crowding. For one pound of pasta, an eight-quart pot is good; a ten-quart pot is better. Pasta needs room to move freely as it cooks. At a minimum, use nothing smaller than a six-quart pot.

3. Use plenty of water. For one pound of pasta, you should use at least six quarts of water.

4. Add salt to the water. About 1 Tbs. per gallon. Salt adds flavor to the pasta that helps to create a well-seasoned dish. Often, a perfectly seasoned sauce will still taste like it needs “something” because the pasta is unseasoned.

5. Bring the water to a full, rolling boil before adding the pasta. One of the prime causes for pasta sticking together is that the water had not yet come to a full boil. When you add pasta to water that has not yet reached the boiling point, it releases natural starches, which act like glue. Since the pasta is simply sitting in the water at the time, the strands stick together.

6. Bring the water back to the boil as quickly as possible after adding the pasta. In the case of pasta strands, like spaghetti or linguine, stir the pasta until it has wilted and become submerged in the cooking water, then cover the pot until the water returns to the boil. When the water has boiled, though, uncover the pot, and finish cooking uncovered.

7. Stir the pasta two or three times throughout the cooking process. Pasta cooks in eight to ten minutes. The brief time you spend attending to it away from family or guests will reap huge rewards at the dinner table.

8. Never add olive oil to the pasta cooking water. The olive oil coats the pasta, and prevents sauce from adhering to it when you’ve put the entire dish together.

9. Cook the pasta to the ‘al dente’ state. The only way to judge this is by tasting. Manufacturer’s cooking times are mere guidelines. Begin tasting the pasta about two minutes before the manufacturer says it should be done. Also, there will be a small amount of carryover cooking between the time you remove the pasta from the stove, drain in the sink, and combine with the sauce.

10. Never rinse pasta. When you rinse pasta, you’re washing away most of the starches and nutrients that you were seeking to enjoy in the first place.

So be there. Be attentive. Taste, and learn when pasta has cooked to the consistency that you like. Follow these ten little steps, and you’ll develop a reputation as a miracle worker with pasta. And with the myriad of sauces in the Italian and Italian-American cuisines, you will have expanded your cooking repertoire beyond your wildest dreams.

Skip Lombardi is the author of two cookbooks: “La Cucina dei Poveri: Recipes from my Sicilian Grandparents,” and “Almost Italian: Recipes from America’s Little Italys.” He has been a Broadway musician, high-school math teacher, software engineer, and a fledgeling blogger. But he has never let any of those pursuits get in the way of his passion for cooking and eating. Visit his Web site to learn more about his cookbooks.